The creature turns its head, what, in any proper animal , would be the head, to the waning sun. Semi-globes of corrugated material, half a foot in diameter, look to the sky. A shadow obscures the vision, and the creature is aware of a stone arch, peeking out from beneath entangling vines. The eyes are able to resolve the image, focusing in on the clarity of line, the delicacy of carving, well beyond the power of human or natural ability.

Despite the encroaching greenery, despite the years of weathering, the span with its twin columns still proudly arcs above a path, once a grand artery, now reduced to a choked trail. In its own way, it recognises — recognises the same hand in the creation of the still-strong arc as in its own beginning. Recognises the maker in the object.

A second thought follows from the first. Not hot on its heels, but turgidly, a rolling gait. The hand of the maker — and the hand of the unmade. Brief shots, images of violence, hours of fire and screams, flash before the inner perspective, memories of years and years ago. Nature gives, and Nature takes away. Unheeding of this, the one maxim, their doom was laid out in inevitability. Hubris only made it swifter. The panoramic vision granted by the peculiar ocular setup alerts the creature to movement behind it.

Stirring itself from its reverie, it turns to face the being approaching. Able to better define the image, the creature sees the stilted way the interloper hopped along the path, a tripod of three human-like arms, each ending in a proper, right hand.

Atop this mis-matched trio was mounted a human head, greasy black hair cropped close to scalp, eyes sewn shut. The mouth, however, was left open, and would loll and gape at each jerk, tongue projecting one way, and then the other. The impossibility seemed as if it shambled along by way of some preternatural proprioception, sensing the world around itself in relation to its own whip-stitched form. It was an awkward, uneven mode of locomotion, but, given the alien form of the creature, any animation at all was jarring. 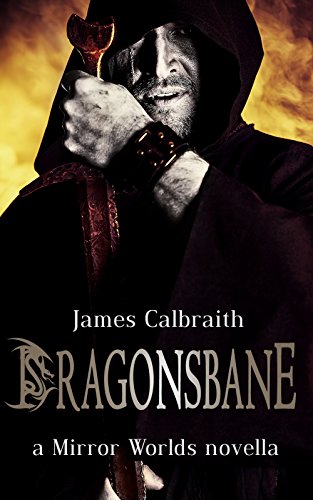 As it was, the monstrosity carried on its haphazard way, weaving from one side of the path to the other in a stilted, jerking progression. The path itself lead upwards towards the graceful arch, rising from the surrounding murk. The areas beyond and behind the deformed creature, the place where it had come from, were of a distinct character.

This arch marked the edge of the forest, the border between it and the Western Swamps that stretched in an unremitting morass for untold leagues. In years past, this area, at the point of flux between the two dominant geographies, had held host to a body of mangroves. The quickly dropping temperatures of the past decades, though, had left the area mostly empty. Save for a few, diseased-looking willows and accompanying bodies of rushes, most land was submerged. Pools of standing water, once choked with life, were now glassed over with delicate layers of ice.

Open spaces, where the rime had yet to spread, were slick as if with the sheen of oil, the usual swamp scoria concentrated by the hiemal weather. An half-dozen feet from the transition point, the freak of the bog notices his, its, counterpart, the ersatz forest-dweller.

It stops short, tongue retracting and jaw snapping shut, and regards the creature. An outside observer, if there had been one, would have now been sure that this was a creation of some foul, necromantic magic — this unnatural assortment, this gangle of mismatched limbs, it could see the fungus-animal before it, despite the obvious wiry impediments. It saw, and its opposite saw it. A stillness, already the natural state of the area, deepened. Belying the creeping entropy, the slow, ice-bound death this world was suffering, something of moment was approaching.

What is Kobo Super Points?

Twelve fingers turned the frigid rot, raking steaming furrows. As one, animate vegetable and sentient corpse shift — and turn back in the direction each had come, the plant-creature swaying as it passes back into the darkness of the forest, the construct jerking along with its characteristic shamble. Without exchanging words, the possibility beyond either, the two recognised the concord of their kind.

The agreement, perhaps based on a shared natality, perhaps no more than an on-going armistice, that had held for decades now — the division of this land, the entire continent, between the flesh artefacts and the vegetal host. They saw, and knew one another, and knew that they met no enemy in the other. And so, both went their separate way, back into their own domain to await the approaching, inevitable, ice. Oct Dust drifted through the arced sunlight, stirred loose from the dull thumping above. Gavyn watched the discrete motes swirl in the unfelt draughts, wondering idly what all the commotion was about.

He threw off the threadbare blanket, just as Selwyn came bounding down the staircase off to his left.

The other youth snorted at the interruption, smacking his mouth in defiance. The youth rose to his feet, stretching in the subterranean gloom. Kicking the still-recumbent Gus, Gavyn shrugged and made for the staircase. The bucket rocked back and forth on the floor, spilling a liberal amount of soapy water with each tilt.

It was a wonder that it was only the sound that had reached them downstairs, rather than a deluge. Gavyn made his way over to the shelf Selwyn had indicated, finding a bowl with a cloth over it.


Inside, he could see a pile of the little rolls, of which he took several. Caoimhe herself appeared presently, striding into the kitchen from the adjoining room. Dressed in a blue frock with a white apron, she was otherwise the mirror of her brother, tall, thin, with sandy shoulder-length hair and a wide mouth. Bunch of…men. No sense atwixt the lot. Would you pass me that other bucket, over there? Aye , the one with clear water. The guild hall came into view as the trio of young men crested the hill.

Flanked on either side by its own outbuildings, the hall itself sat comfortably in a courtyard, small fountain burbling in front of it. There were a few others in view as the three youths approached — what must have been journeymen of the guild, from the way they were dressed. Gavyn took note of just how robust these journeymen appeared, fit from their work.

The member rustled about in his cloak, pulling forth a ring, a match of the one the three youths wore themselves. The guild members sombre faces creased into smiles. Some other members have already arrived. The main doorway opened onto a wide rectangular room, the floor level of which was lined with long tables and accompanying benches, enough to seat what seemed like must be the whole guild. Colm lead the three youths to a staircase off to the left of the hall, the two other guild members peeling off to the right.

Ascending the stairs, at the back of the pack, Gavyn took the opportunity to appreciate the sumptuous wood that panelled the walls, the sturdy, graven bannisters that held up the railing. Gaining the landing, Colm lead the trio down the balcony, opening the second door they came to. The door opened onto a long hallway, equally well built. Colm proceeded down the corridor, turning into the third door on the left. Entering the room, Gavyn was greeted with the scene of a broad hall, the middle of which was taken up with a large trencher table.

Men were seated around the table, some faces recognisable, others new. Gavyn recognised Emlyn, looking his dour self. Alban was seated across the table from him, peering into the tankard placed in front of him. Finally, amidst those sat on the left-most of the table, was Diarmuid. Gavyn sat rocked back on his haunches, surveying the scene before him. About half the table was filled — largely middle aged men nursing tankards of what must have been ale. At the head of the table sat a wizened man, white hair peeking out from under a broad, peaked hat, long beard dipping below the table.

Gavyn, Oengus and Selwyn edged their way to free spots on the right side of the table, Colm excused himself, heading back down stairs. Gavyn looked over to Diarmuid, who, looking up from the scraps of paper laid out in front of him, caught his eye with a twinkle, returning to the assorted rolls. The minutes passed, and more men filtered into the room, taking up positions around the table.

Gavyn looked about him — men of mostly middle-ages filled the seats, though there were a few youths scattered throughout. Seated at one of the outside edges was the Chief Conchar and one of the Cosgrach men, dwarfing the cloaked Crow seated beside him. He caught Gavyn watching him, and, though it seemed nearly impossible, deepened his frown still further, before quickly looking towards the head of the table. Presently, the old man seated there cleared his throat, signalling all present to silence.

Now, after two decades of skulking and sneaking, now we must begin our work in earnest. The man had a weathered look about him, beard run early to grey, and hard lines carven about his still-youthful eyes. He cleared his throat before standing to address the assembled. What we have been able to ken is that their message runs counter to ours. They do not believe in the sanctity of Old Ones. Until we find out more, we must tread cautiously.

They seem to have been making some headway in the far-flung villages to the North and West, close to the Miotail M ountains. Our agents there have not been seen or heard from in several weeks.

Selwyn, Gavyn noticed, had watched the stranger with a certain intensity, beyond that deserved by the foreboding nature of the report.